Fire risk assessments are a legal requirement for HMO’s

Recently a Landlord and letting agent have been fined for having an unlicensed House of Multiple Occupancy (HMO). The couple who owned the house let it out whilst out of the country for a year. The letting agents rented it to more than three persons from different families. This meant the property became a commercial rented property and as such required an HMO Licence. In order to comply with an HMO licence for Wrexham Council, the property required certain Fire safety measures, which it didn’t comply with at the time of letting. 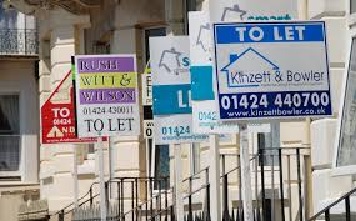 Is your letting agent aware?

Whilst the Letting agents pleaded guilty to the breach and were given fines, unfortunately the Landlord also incurred a fine. They also faced considerable costs to update the property to a standard for the HMO licence. This highlights the importance of ensuring that your Letting agent is aware of your responsibilities as a Landlord. Had the letting agent rented the property to one family, both the HMO licence requirements and the Regulatory Reform Order (RRO 2005), would not have been relevant. However because the occupants were not all of one family unit, the regulations apply.

As part of the RRO (2005) all HMO’s, require a Fire risk assessment. In addition they also require a local authority HMO Licence. Part of the local authorities licence requirements will include a fire safety element, however Landlords need to be aware that an HMO is liable under the RRO and just having a licence may not mean that your premises complies with the Fire safety regulations. Your insurance may also require that you have an up to date Fire risk assessment.

Read more details about the fines with the link below:

This site uses Akismet to reduce spam. Learn how your comment data is processed.

Categories
Latest Posts
Recent Comments
Tag Cloud
about us customer service fire risk assessments HMO landlords legal requirement reviews students teamwork trustpilot university
Chat with us
Chat with us
Hello, how can we help you today?
End chat
Connecting...
We're sorry! None of our support team are available at the moment. You can though leave a quick message and we'll be back to you very soon.
We do apologise, our support team are busy. Please try again later
Questions, doubts, issues? We're here to help you!
Thank you for talking with us today, I hope we have answered your query to your satisfaction. Please feel free to call me on 0808 2524702 to discuss this further.
Was this conversation useful? Vote this chat session. Good Bad